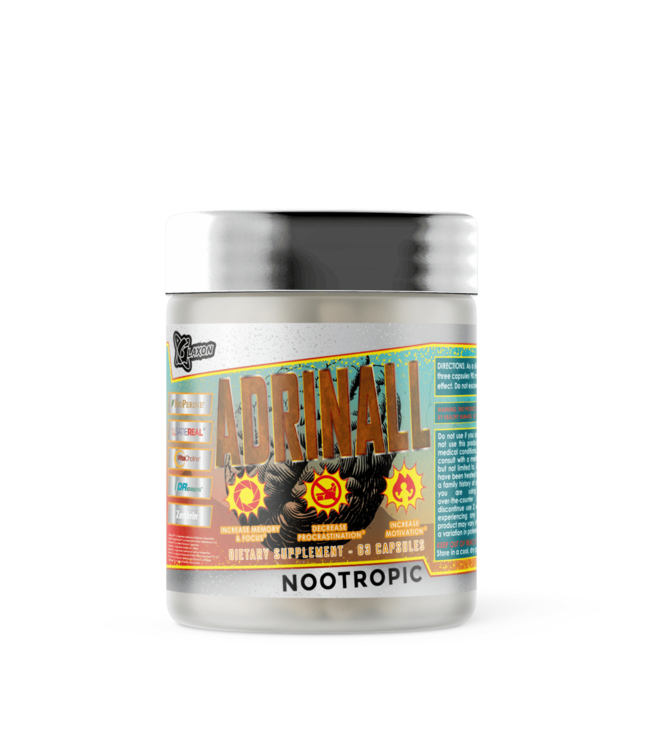 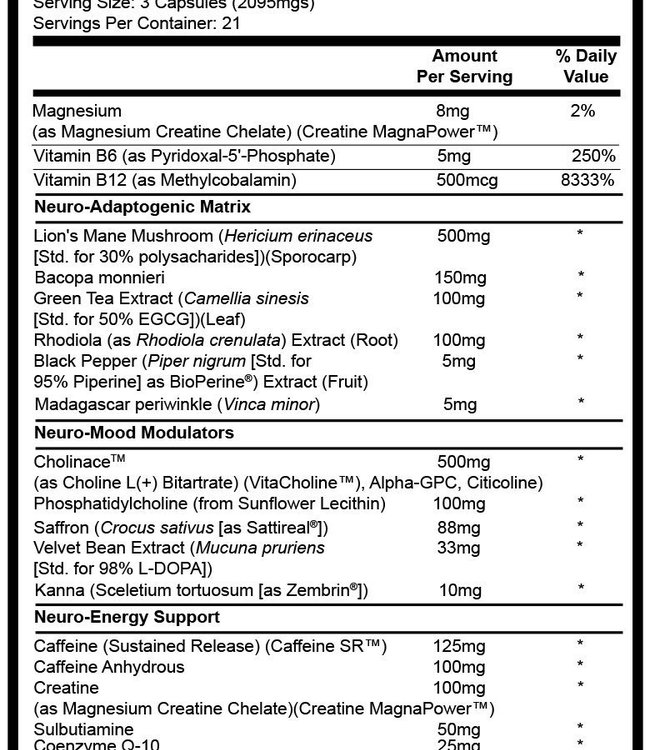 Adrinall is a very comprehensive cognitive-enhancing nootropic with an extended-release delivery system to keep you sharp and focused all day long. With a beautiful combination of blends that support energy, neurotransmitter levels, adaptive responses, c Read more..

Adrinall is a very comprehensive cognitive-enhancing nootropic with an extended-release delivery system to keep you sharp and focused all day long.  With a beautiful combination of blends that support energy, neurotransmitter levels, adaptive responses, cellular energy, and absorption - Adrinall stands apart from the rest by being a nootropic that truly does it all.

WHY WOULD I TAKE IT?

Ever feel foggy while you’re at work or school?  Maybe you’re wondering why this coffee or those energy drinks aren’t quite doing the trick anymore?  Adrinall Nootropic is for those looking to seek an edge whether it’s in the office, at school, or on the field.  If you think your memory could be a little sharper, if you want your mind more clear, or if you want to somehow increase your bandwidth - then you will be awaited by Adrinall.

Glaxon scientists created Cholinace, our own proprietary blend of the best Choline ingredients to deliver the optimal Nootropic delivery system. Coline fortifies your brain and nervous system that need it to regulate memory, mood, muscle control and other functions.

HOW DOES THIS WORK?

Adrinall Nootropic works through a complex route of overlapping metabolic pathways that ultimately improve the activity of the primary neurotransmitter of memory, Acetylcholine.  Additionally, Adrinall Nootropic supports mood, energy levels, and an overall sense of well-being.

HOW MUCH SHOULD I TAKE?

The suggested use on the Adrinall Nootropic bottle makes reference to three capsules daily.  This is best taken on an empty stomach, usually first-thing in the morning. However, for those of you that find that three capsules at once is a bit too intense, we suggest two capsules in the morning on an empty stomach, and then one more in the afternoon to sustain effects.  Please note, that due to the precise delivery route to the small intestine that up to 90 minutes of gastric transit time may be necessary before the capsule contents actually deploy.

CAFFEINE IS ARGUABLY THE “GOLD-STANDARD” OF NOOTROPICS

Caffeine is probably the most widely used psychoactive stimulant on planet earth today.  Initially, we humans fell in love with caffeine through tea and coffee that honestly dates back as far as 15,000 years ago in China and pre-dates any known writing systems.  That’s a lot of caffeine usage! But, even though we know that we like how caffeine makes us feel, what’s it really doing for us? There are many ways to answer that question and we’ll go through everything from the qualitative to the quantitative.