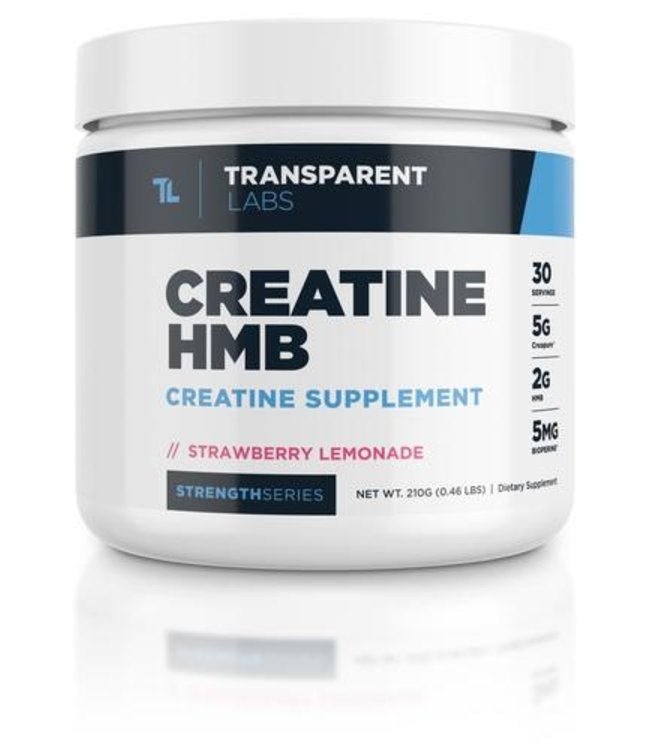 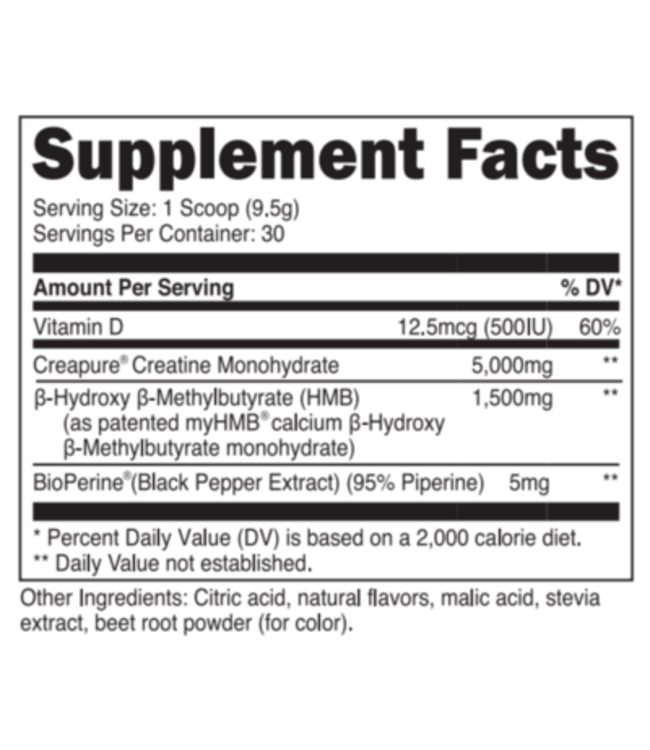 $38.99Excl. tax
Out of stock
Available in store

Directions: As a dietary supplement, take 1 scoop 30 minutes following workout. On non-workout days, take 1 scoop in the morning for recovery. Creatine HMB can be taken with food. It is recommended that you drink plenty of water to stay hydrated. Do not exceed recommended daily intake. Use only as directed.

As it stands, a majority of the studies have been conducted on the effects of creatine monohydrate on health, strength, and performance output. Regardless of the form, however, supplementation with creatine has regularly shown to increase strength, fat free mass, and muscle growth with heavy resistance training.

Another meta-analysis researching the effectiveness for strength and mass found creatine and HMB to be the only two supplements to significantly increase net lean mass gains and strength gains. [2]

An updated review from the Journal of the International Society of Sports Nutrition suggests that creatine supplementation combined with resistance training helps to improve training adaptations (at a cellular and sub-cellular level).[3]

A study conducted by the Institute of Sport and Physical Education in Warsaw, Poland found that supplementing with creatine monohydrate and HMB resulted in greater increases in lean body mass and strength when used together, as opposed to independent use. [4]

HMB, similar to creatine monohydrate, has been shown to increase strength, lean body mass, and decrease fat mass, when used in conjunction with resistance training.[1]

A meta analysis on nine weeks of HMB supplementation on strength and body composition in resistance trained men found a clear effect on fat-free mass and a substantial benefit to strengthening lower-body muscle. [2]

This study, focusing on the effects of HMB on aerobic-performance and body composition in college students, concluded that HMB supplementation positively affects selected components of aerobic performance in active college students. [4]

This study is centered around the effects of HMB supplementation on oxygen capacity for endurance athletes, which found that blood glucose was significantly greater during HMB use and concludes that HMB supplementation may have positive affects on performance. [5]