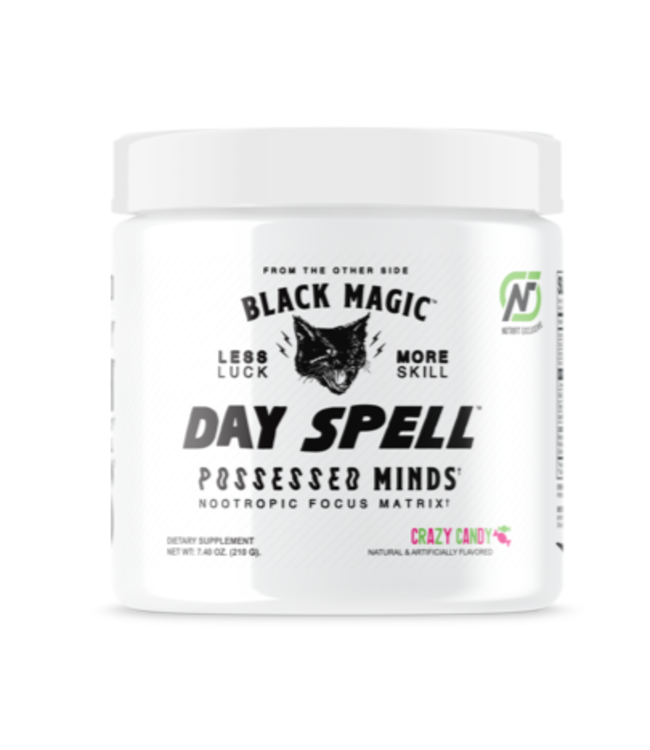 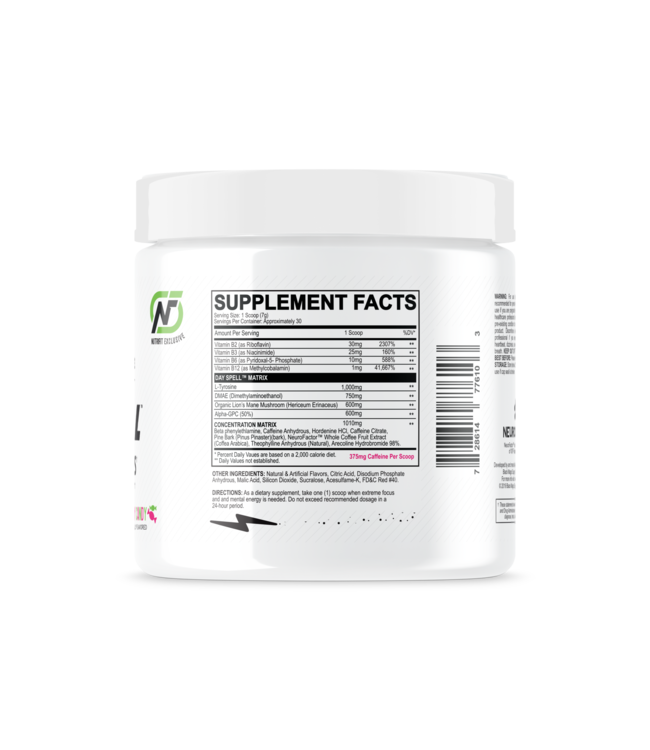 $44.99Excl. tax
Out of stock
Available in store

Black Magic Supply Day Spell is a focus and energy enhancing product that is designed to be used by anyone, for virtually anything. Whether you need that extra boost for the gym, concentration for studying, better alertness for gaming, or a pick-me-up to Read more..

The transparent features in Day Spell are Tyrosine and DMAE dosed at a gram and 750mg respectively, and 600mg each of Lion’s Mane and Alpha-GPC. As for the blend side of the supplement, it has an 1,010mg combination of PEA, Caffeine, Hordenine, Caffeine Citrate, Pine Bark, the branded ingredient Neurofactor.

Black Magic Supply Day Spell is a focus and energy enhancing product that is designed to be used by ..